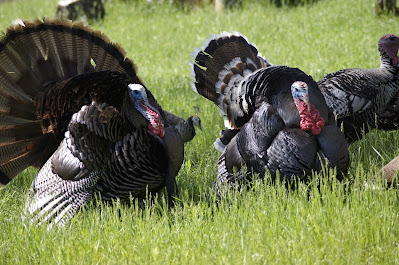 Presented to you by DeLena Ciamacco

We are sure you’ve heard stories on the history of Thanksgiving a million times, and will probably hear even more this week. Well then, allow us to enlighten you with some strange and funny facts about the famous holiday that you might not have heard before.

The Meaning of Thanksgiving: Thanksgiving is celebrated primarily in the United States and Canada as a day of giving thanks for the blessing of the harvest and of the preceding year. Americans commonly trace the Thanksgiving holiday to a 1621 celebration at the Plymouth Plantation, where the Plymouth settlers held a harvest feast after a successful growing season. Squanto, a Patuxet Native American who resided with the Wampanoagtribe, taught the Pilgrimshow to catch eel and grow corn and served as an interpreter for them (Squanto had learned English during his enslavement in England). Additionally the Wampanoag leader Massasoit had donated food stores to the fledgling colony during the first winter when supplies brought from England were insufficient. The Pilgrims celebrated at Plymouth for three days after their first harvest, in 1621. It included 50 Pilgrims (all who remained of the 100 who had landed) and 90 Native Americans who were invited as guests.

·        President George H.W. Bush pardoned the first turkey in 1989, and it’s a tradition that persists today. But what happens to the lucky bird that doesn’t get served with a side of mashed potatoes? In 2005 and 2009, the turkeys were sent to Disneyland and Walt Disney World parks to serve as grand marshal in their annual Thanksgiving parades. And from 2010 to 2013, they vacationed at Washington’s Mount Vernon state. Not bad!

WE ALL HOPE YOU HAVE…
A Happy Thanksgiving!
Tweet