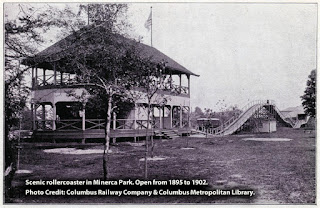 Columbus’s North East side has a residential area that doesn’t look or feel like any of the surrounding neighborhoods. It’s called Minerva Park, and it’s actually an enclave completely surrounded by municipal Columbus.
Ryan Hudson lives just a few blocks from Minerva Park and wrote in to WOSU’s Curious Cbus project to find out more about the village’s history.
Today, Minerva Park is a quiet residential neighborhood, but over 100 years ago it was home to a roller coaster, a zoo and a “casino” where gambling was prohibited.
The history of Minerva Park can really be traced to one man, Garry Waldo Meeker. 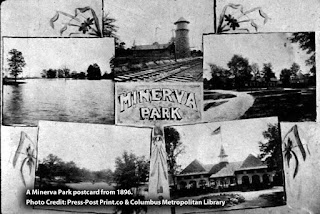 At a public meeting in 1891, a group of Westerville residents complained about spotty train service into Columbus. At that meeting, Meeker suggested an electric rail line with service to the city. Four years later, Meeker was secretary and treasurer of the Columbus Central Railway Company and piloted the first train car south from Westerville.
In an effort to boost ridership, Meeker thought up the idea of an amusement park along the line that would draw visitors up from the city.
On July 13th 1895, Minerva Park opened its gates as the first amusement park in Franklin County. The park was named after Minerva Shipherd, the wife of the Railway Company’s president, John Shipherd.
At the time, 15 cents would buy you a round trip ticket and admission to the park. The 150-acre park was a scenic getaway, perfect for a quiet picnic by the lake, but also included attractions such as the Scenic Railway roller coaster, a water slide, a bowling alley, a merry-go round, a nature museum, a pony track and a small zoo with monkeys and bears.
The park’s biggest draw was its Casino. Despite being called a “casino,” games of chance were prohibited and no alcohol was served. The building did house a 2,500 seat theater that staged elaborate productions and hosted some of the biggest Vaudeville acts of the day. This casino wasn’t a place to gamble, but a place to enjoy vaudeville acts, orchestral performances, and other high-class entertainment.
The success of the park was short lived, however. By 1900, the newer Olentangy Park opened in a much more convenient location, just a few miles north of downtown. Minerva Park couldn’t compete and was shuttered in 1902 after just seven seasons in operation. The Village of Minerva Park pays tribute to Franklin County’s first amusement park by taking its name.
The park then fell into disrepair and became a graveyard for old streetcars.

Before his death in 1917, Garry Waldo Meeker pleaded with city officials to preserve Minerva Park as a public resource, but that never came to be. The land remained quiet until 1927, when construction began and the Minerva Park subdivision was born.
In order to preserve the neighborhood’s character, homeowners incorporated as a village in 1940. Those efforts ensured that the small lake enjoyed by swimmers and boaters over a century ago remains in Minerva Park today. 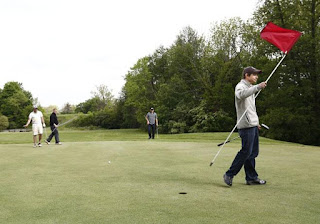 Another staple of Minerva Park over the years has been its cherished, 18-hole, 85-year-old course. Jeff Groezinger’s family has owned Minerva Lake Golf Club since his grandfather, Harold Pollock, built it in 1931. May 20, 2016 Minerva Park’s only golf course was sold.
Minerva Park currently serves 550+ homes and approximately 1,300 residents. The early 2016 annexation and development of the well-known Minerva Lake Golf Course will add another ±250 homes by M/I Homes.
Easy access to schools, the airport, shopping, dining, outdoor activities, and more are all yours when you choose Minerva Park as your community. These homes in Westerville are right next to St. Rt. 161 and I-270. You’ll also love how close you are to downtown Columbus – it’s just a 20-minute drive away to the city scene. And Uptown Westerville, Easton Town Center, Sharon Woods Metro Park, Little Turtle Golf Club, and Hoover Reservoir are just a hop, skip, and a jump away. There’s so much to do, so close to home.
Enter Minerva Park and you’ll immediately find a large reserve space, walking paths, ponds, and a community pool. Formerly the Minerva Park Golf Course, this community offers beautiful views and wonderful new single family homes.
Historical pictures courtesy of the Columbus Metropolitan Library: 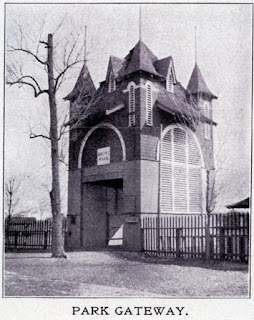 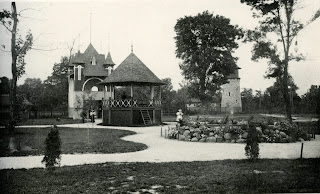 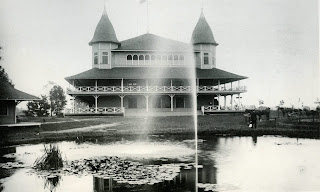 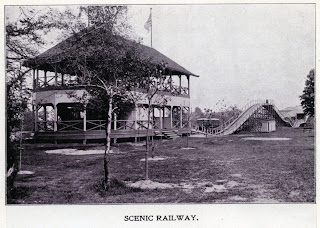