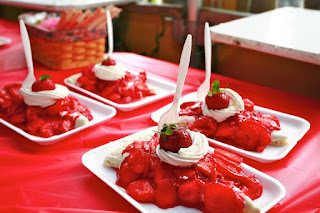 Newark Strawberry Festival | June 1-3, 2018
Town Square | 5 S 3rd St Newark, OH
In Newark, the Second Coming of the Strawberry Shortcake takes the main stage. Couple that with a scoop or two of locally-made velvet ice cream and the year-long wait is officially worth it. As this delectable treat settles in your stomach, a variety of games, music and rides are in the vicinity to celebrate its much-appreciated return. 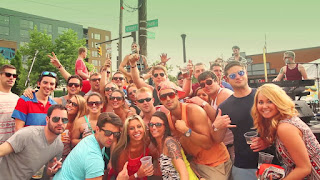 Columbus Arts Festival | June 8-10, 2018
Scioto Mile Promenade | 233 Civic Center Dr Columbus, OH
The Columbus Arts Festival began in 1962 outside the Statehouse. It has since become one of the best arts festivals in the nation, attracting hundreds of highly acclaimed artists from throughout the country. The annual outdoor festival is typic ally a three-day event held along the city’s beautiful riverfront. In addition to the art, a wide range of food and drink from local restaurants as well as live music and theater performances round out the festival for three days of fun in the sun! 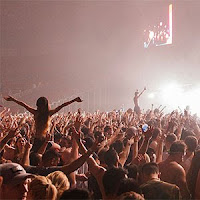 PNC Arts Alive MAC Summer Music Festival | Dates Unconfirmed
Peggy R. McConnell Arts Center | 777 Evening St Worthington, OH
The arts are alive at the MAC Summer Music Festival! This packed weekend features works from hundreds of visual artists and craftspeople from around the country as well as three days of live music performances. Songwriters can participate in workshops on the days leading up to the music festival and if you’re really feeling fancy, you can even order a gourmet picnic from local vendors to enjoy on the lawn while you listen to the music. This family-friendly celebration is a gem of the Columbus, OH, area.

The Found Footage Festival | June 14, 2018
Gateway Film Center | 1550 N High St Columbus, OH
There’s a whole world of VHS cassettes floating around thrift stores, warehouses, garages and dumpsters waiting to be discovered, their mysterious contents entombed in a reel of magnetic tape. Don’t have a VCR or even know what that is? Don’t worry, because the creators of The Found Footage Festival have taken it upon themselves to compile the best footage from these lost relics and screen them with live commentary in front of an audience. Enjoy a resurrection of forgotten treasures and videotaped obscurities at this showcase of the outrageous, funny and outright bizarre.

Stonewall Columbus Pride | June 15-17, 2018
Bicentennial and Genoa Park | 233 Civic Center Dr Columbus, OH
There’s nothing quite as joyous as Stonewall Columbus Pride in Columbus, Ohio. Non-stop entertainment spreads over three days, with a festival, parade and brunch highlighting the weekend. Join Columbus’s vibrant LGBT community in celebrating equality with live entertainment and more events than can fit in a day. 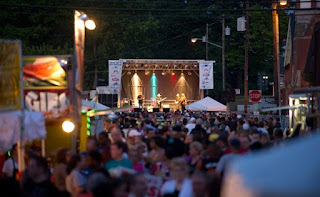 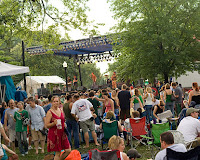 Columbus Community Festival | June 22-24, 2018
Goodale Park | 120 West Goodale Street Columbus, OH
Touted as the largest independent volunteer-run festival around, Columbus’ Community Festival is all about promoting unity within local neighborhoods and throughout the world. Founded on the belief that the needs of the many outweigh the needs of the few, this event strives to encourage people to make the greater good their top priority while eliminating stereotyping and prejudice. A wide range of local committees attend to spread the word about the work they are doing in the community. The event also features live music.

PigMania Hilliard State Championship BBQ & Blues Festival |
June 29-30, 2018
Franklin County Fairgrounds|4951 Northwest Pkwy Hilliard, OH
Join us for the real life BBQ Pitmasters experience. The 2 day BBQ festival includes: live Funk music on Friday evening and Blues all day Saturday, award winning BBQ and other various food vendors, beer garden plus free parking. Saturday on top of all the great BBQ we are also having a cornhole tournament. A KCBS sanctioned professional BBQ competition with over 30 teams from around the country competing. Fri: 5pm-11pm, Sat: noon-11pm Cost: $5.00 per person, $10.00 after 8:pm, Kids 12 an under free. Enter through the gates at: 4951 Northwest Pkwy. Make sure to check ou r website for more information: https://pigmaniabbq.com/

DNA Final Fridays | Dates Unconfirmed
Multiple Locations in Downtown Newark| Newark, OH
To make sure you go out with a bang at the end of every month, take your fun-seeking hide to Downtown Newark, Ohio. Each Final Friday brings something new, but past months have had a blast with local art exhibits, seasonal feasts, kid-frie ndly activities such as human foosball, petting zoos and plenty of other creative ideas. Even when life is getting on your last nerve, Final Friday will somehow manage to erase an entire month’s worth of pain during the course of one exciting day. 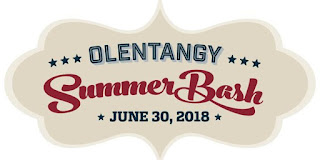