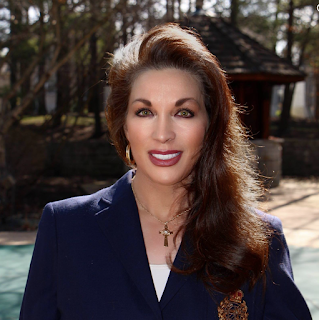 DeLena Ciamacco was born and raised in Columbus, Ohio. DeLena attended Columbus Public Schools and then The Ohio State University for 6 years with studies in International Business, International Marketing, and Criminology/Sociology. In 1989 she decided to take a temporary detour from her original path (of attending Law School at Capital University) and decided to pursue her Real Estate Career.
DeLena began to sell Real Estate with a local Conventional Brokerage and soon discovered that in order to grow she would need to affiliate herself with a much larger, International Company. She chose RE/MAX and that is when her career as a Realtor began to soar. After just her 2nd year with RE/MAX (1993), DeLena ranked #5 in all of Ohio among RE/MAX Realtors. In addition to her numerous local recognizable awards with the Columbus Board and Ohio Association of Realtors, she was inducted into the RE/MAX International “Hall of Fame” (RE/MAX’s highest achievement award at that time) as the youngest Realtor in RE/MAX History to attain this level of sales. She has been the recipient of RE/MAX’s highest awards since her first full year with RE/MAX. She has been recognized in “Who’s Who in Residential Real Estate in North America” for 1994, 1995 & 1996, and articles have been written about her in Ohio Realtor Magazine, In Contract Magazine, Columbus Executive Woman’s magazine and Buon Giorno magazine to name just a few. She was also featured in numerous books which include “Billion Dollar Agent-Lessons Learned” and “Success Stories”. She has contributed her time as a Speaker on numerous “Top Producer” panels. In 2002 DeLena was nominated for the Ernst & Young Entrepreneur of The Year. Her ranking in the Real Estate Industry among all other RE/MAX Team leaders is as follows:
Local Recognition:
Named 2021 Westerville’s Business Person of The Year
#1 in Central Ohio – commission earned for over 23 years*
#1 in Central Ohio – closed dollar volume for over 23 years*
#1 in the State of Ohio for Over 21 Years
Re/Max International Broker-Owner of The Year 2002
Re/Max Franchise Owner 1996-2006
Columbus Board of Realtors 25 Million Dollar Club Award Recipient
Ohio Association of Realtors President’s Sales Club “Award of Excellence”
National Recognitions:
Ranked as a “Top 100” Realtors in the United States for Over 21 Years
Realtor.Com Award of Excellence Recipient 2008
Named one of the most powerful women in Real Estate & Relocation
by National Relocation Real Estate 1999 Edition
Repeatedly recognized in “Whos’ Who in Residential Real Estate in North America”
Luminary of Distinction Recipient 2012
International Recognition:
Ranked as a “Top 100” Realtors in the World for Over 21 Years*
Re/Max International’s “Platinum Club Member”
Re/Max International’s “Chairman’s Club Member”
Re/Max International’s “Hall of Fame” award recipient*
Re/Max International’s “Lifetime Achievement” award recipient*
Re/Max International’s “Circle of Legends” award recipient*
Re/Max International’s “Diamond Club” Member
Re/Max International’s “Luminary of Distinction” recipient 2012*
*Among all Re/Max “Team Leaders”; Locally, Nationally & Internationally
Member of:
The Columbus Board of Realtors
The Ohio Division of Real Estate
The Builder’s Industry Association
The National Association of Realtors
The Christopher Columbus Educational Foundation (CCEF)
Tweet