Skip to main content
These homes and hotels all over the U.S. have one thing in common: paranormal activity. Take a tour of the country’s creepiest dwellings from the safety of your own. 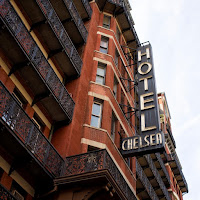 The infamous Chelsea Hotel in New York City is one of the area’s spookiest landmarks. Built in 1884, the hotel has been home to many notable writers, musicians and artists over the years. Even though many of its most famous occupants have since died, visitors claim to have spotted the apparitions of Dylan Thomas, Eugene O’Neill and Thomas Wolfe. 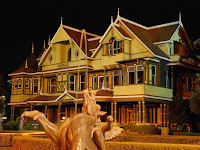 The Winchester Mystery House is a 160-room Victorian mansion brimming with bizarre architectural features and a very eerie origin. With features such as secret passageways, labyrinth-like winding hallways and a séance room, this eccentric house is rumored to have been built for spirits themselves. 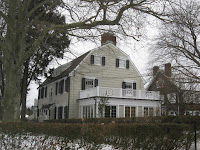 In 1974, six members of the DeFeo family were found slain in this home; eldest son Ronald DeFeo Jr. was later convicted of murdering his parents and siblings. A year later, the Lutz family moved in but quickly moved out after reports of unexplained paranormal activity — strange odors, unexplained cold drafts and an apparition that took the form of a demonic pig-like creature. 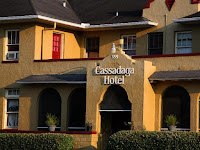 The town of Cassadaga is famous worldwide for its spiritualist community and paranormal activity. The Cassadaga Hotel sits at the center of this spooky small town, which is otherwise dotted with old cottages that are home to the many mediums, psychics and other spiritualists who live there. The hotel, which houses a number of spirits, also features a very powerful energy vortex that even skeptics have admitted to sensing.

For years there have been reports that the White House is a hotbed of haunted activity. Visitors, staff and even White House residents have reported seeing the ghosts of Abraham Lincoln, Abigail Adams and Andrew Jackson, to name a few. FDR, Dwight Eisenhower and Winston Churchill are among those who claimed to have seen the ghost of Abraham Lincoln. More recently, the Obamas claim to have repeatedly heard strange sounds and felt a sensation of someone gnawing at their feet in the middle of the night. 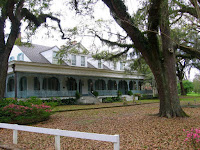 Touted as “one of the most haunted houses in America,” the Myrtles Plantation in St. Francisville is one of the creepiest places in the South. Legend has it that since the house was built in 1797, dozens of deaths have occurred from illness, poisoning and murder. Visitors and former residents claim to have witnessed many strange occurrences: disappearing jewelry; waking to find themselves completely tucked into their beds; furniture that moves on its own; a grand piano that plays by itself; mysterious handprints; and objects and people appearing and disappearing randomly in photographs. 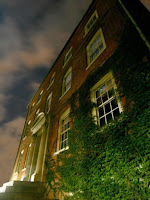 Once home to wealthy sea captain Joshua Ward, the Joshua Ward House was built in 1784 and originally owned by George Corwin, the High Sheriff during the Salem Witch Trials. For many years, Corwin’s remains were housed in the basement, though they eventually were moved to a nearby cemetery. Rumor has it that Corwin’s spirit still haunts the house. 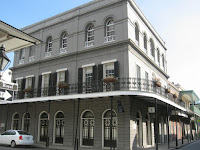 One of the spookiest homes in the French Quarter, the LaLaurie Mansion was home to Dr. Louis and Delphine LaLaurie, a socially prominent family in the early 1830s. Rumor has it that Delphine treated her slaves brutally, chaining the cook to the stove, chasing another slave girl with a whip and causing her to jump to her death, and torturing and mutilating many others in a secret attic room. The house, which was owned by actor Nicolas Cage from 2007 to 2009, has been haunted by screams of agony coming from the apparitions of Delphine’s slaves ever since. 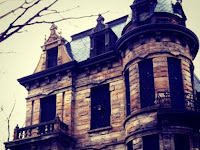 Built in 1865 for the Tiedemann family, Franklin Castle makes a spooky first impression with its sandstone exterior, round corner tower and gargoyle embellishments. Those who have been inside the mansion, which is known locally as the most haunted house in Ohio, claim to have witnessed an eerie woman in black staring out the tower window, small children crying and strange happenings like doors flying off hinges and spinning lights. The possible cause? Four of the Tiedemann children died in the home, and owner Hannes Tiedemann was rumored to have killed his 13-year-old niece in a hidden passage and his mistress in the tower. 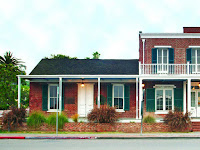 Now a museum run by the Save Our Heritage Organisation, San Diego’s Whaley House was designated an official Haunted House by the U.S. Department of Commerce in the 1960s due to frequently heard heavy footsteps of the ghost of “Yankee Jim” Robinson, who was hung on the property in 1852 before the house was built. Other ghostly sightings include owners Thomas and Anna Whaley (Anna was reportedly seen by Regis Philbin), and even the family dog. 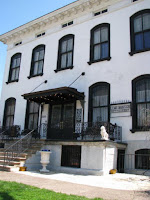 The opulent Lemp mansion, built in St. Louis in the 1860s, was inhabited by the William Lemp family, who were wealthy brewers with a streak for suicide. Four Lemp family members of various generations committed suicide — three in the Lemp mansion itself. Named one of America’s most haunted houses in 1980 by Life magazine, the mansion is currently a restaurant and inn that offers paranormal tours of the home. 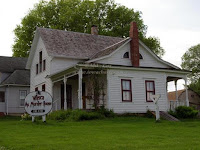 On June 12, 1912, all six members of the Moore family and two young houseguests were found bludgeoned to death by an ax in their home, turning this bucolic setting into the scene of a grisly crime. The murderer was never found, but the house in Villisca still boasts wandering spirits, children’s crying voices and a door that mysteriously opens and closes. Today, the house is open for daytime tours and overnight sleepovers — if you dare.
Source: https://www.hgtv.com/design/make-and-celebrate/holidays/americas-scariest-homes-real-life-haunted-houses-pictures
Tweet